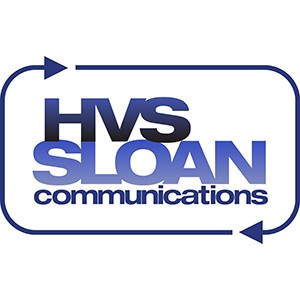 The team at HVS-Sloan Communications is made up of industry professionals who have the knowledge and skills to launch a video production project to the next level. President and Director of Post Production Bob Shroder, who co-founded HVS-Sloan Communications with Marty Zimmerman, began his career in television production in 1984. Over the years he has produced, directed, and edited commercials, documentaries, corporate videos and news stories. He has worked with clients at Super Bowls, the 1992 Olympics in Barcelona, and the numerous America’s Cup races in San Diego. Shroder’s editing and producing skills have earned him Emmy awards, Telly awards, and the lasting appreciation of a long list of clients.

Production is headed up by Production Manager Jeff Landie. Experienced in virtually all types of broadcast and corporate production, Landie is gripped by a passion for the video production industry. As Production Manager, his attention to detail and dedication to following through is greatly appreciated by clients. Landie also acts as a Director of Photography, cameraman, producer, and editor. He has been on staff at HVS-Sloan Communications since 1992 and has been awarded one national Emmy award and ten Tellys.

Bob Sloan, an experienced Director of Photography, has been behind the camera for over thirty-five years, shooting projects for Nature, National Geographic Explorer, Discovery Channel Networks, ABC Sports/ESPN, and Mutual of Omaha, among many other clients. As an accomplished producer, director, and editor, Sloan’s skills are highly valuable to corporate clients, who seek him out for his ability to distill and tell stories in a compelling and stylistic manner while creating high returns on their video investment. Sloan has been awarded three national Emmy awards and numerous Telly awards.

Marty Zimmerman rounds out the leadership team at HVS-Sloan Communications. His area of expertise is in working with aerial and drone production, and he heads the company’s drone department. Zimmerman started his career in 1979 at KPBS television, where he contributed to many award-winning film projects. Later, he co-founded HVS-Sloan Communications with Bob Shroder. Zimmerman built and operated San Diego’s first gyro-stabilized HD aerial camera system and shot the award-winning travelogue “San Diego Above All.” For years, he has been building and piloting remotely controlled planes and helicopters. Zimmerman also holds an FAA “Type 107” license for drone operation, and he is a licensed pilot.

For more information about video production in San Diego, CA, visit the HVS-Sloan Communications website at https://bobsloan.com. Staff can be reached by email at bob@bobsloan.com or by phone at 1 (858) 573-0987.